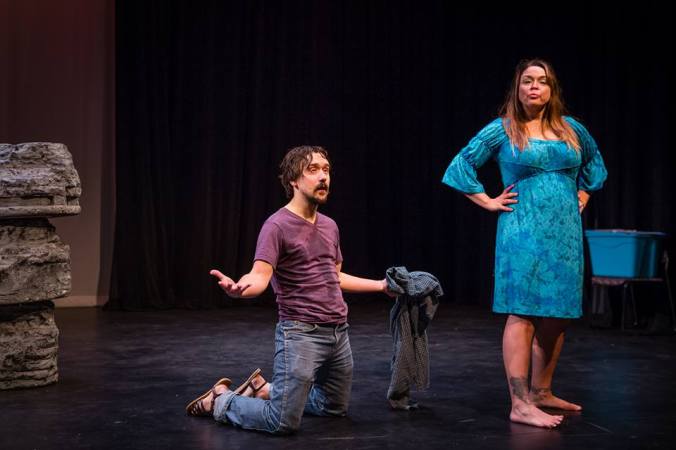 A Scene from InsomniActs 3. photo by Jennifer Mariano

It’s been too long since we did our first InsomniActs five years ago. A few attempts to do it a third time fizzled out. I got busy and distracted. But finally Aaron Peterson picked up the torch and produced the event, allowing me for the first time to just enjoy the 24-hour theatre ride as an actor.

It was the largest InsomniActs so far, with six shows and something like 25 actors. For those who don’t know the 24-hour theatre genre– it goes like this: Though the format can vary by event, ours is like many, which begins Friday night with a drawing of prompts for the writers. A character, an object, and a location to include, along with the first line and the last line, all drawn from a hat. The cast size is also given, based on the number of actors signed up. Then the writers take their prompts and have 12 hours two write a 10-minute play. Saturday morning the directors draw the names of a freshly written script, draw their actors out of a hat, and the next 12 hours are filled with memorization and rehearsal. Saturday night is show time.

24 hour theatre is a theatrical creativity binge. It’s a lot of fun, and all the stress is over in a day. It also opened the doors to new talent and new opportunity; probably 25% or so of the cast was relatively new to the stage.

Looking forward to the next one!