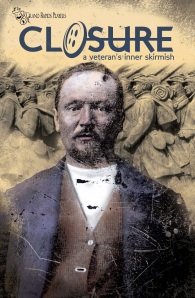 Status: Completed! (but under final revisions before printing)

There was oral history in my family about my great-great-great grandfather who marched with General Sherman in his march to the sea, and who later owned a general store and let kids trade their trouser buttons for candy. This inspired me to research more and put it on stage. The results were a story that connected a veteran’s struggle to reconcile his past as a soldier in the American Civil War.

My summary of the plot is as follows:

Based on the life of Joseph L. Hall and actual events, Closure is set in 1884 Idaville, Indiana, with flashbacks to the protagonist’s Civil War experiences of the 1860’s. A quick-witted man who is full of heck and runs a general store while auctioneering on the side, Joseph wrestles with symptoms of PTSD and feelings of guilt connected to his roles in past battles. As he struggles to win the internal civil war of finding forgiveness for himself, he delights the town kids by letting them trade trouser buttons for sticks of candy. Of course their mothers are less than impressed with the idea when their children come home with their pants falling down!

A play without being produced is only half completed; and I was fortunate to have the Grand Rapids Players produce it in October 2012 with a reprise for veteran’s day that November. I also had the privilege to audition and play the role of Joseph L Hall. The performance was well-received as indicated by the following reviews:

“Amazing!!! I love love loved it! Moved me to tears and to laughter!” S. Richards

“My attention was riveted throughout…A treat for people who think.” J. Mason

“I was so impressed in so many ways. -especially with the obvious research you put into the story, the cleverness and humor…” M. Jess

“I don’t know when play will be produced again, but I highly recommend it.” D. Hall

Closure is available for purchase and performing rights here. 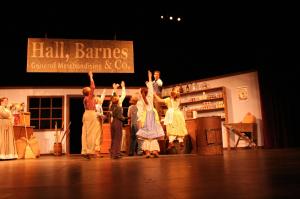 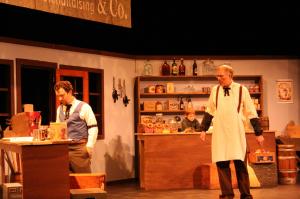 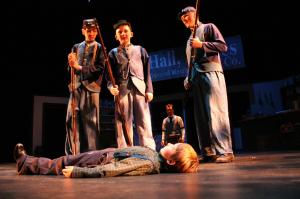